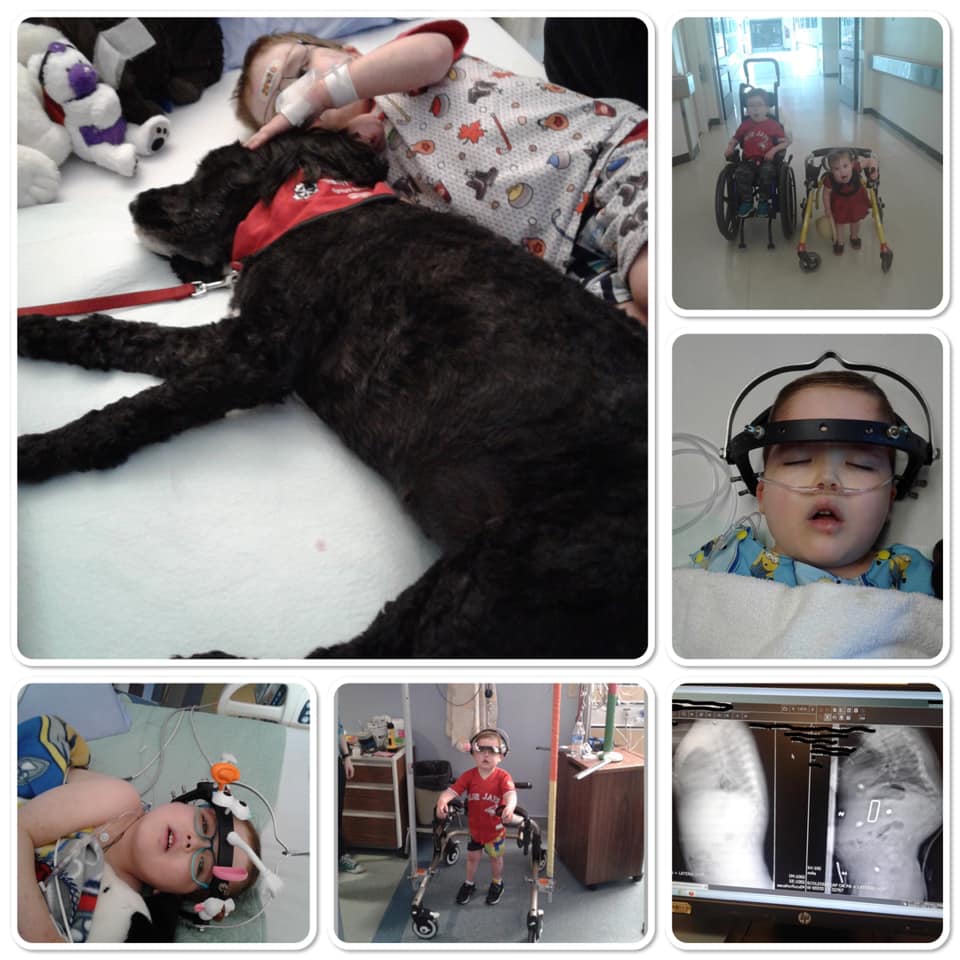 We started to notice a hump on Braeden’s back when he was around a year. He had x-rays done but they didn’t show any significant curve. A few months later the hump was becoming more and more obvious so Braeden had x-rays done again. It showed kyphoscoliosis and we met with the orthopaedic surgeon for the first time when he was 2. He had a significant curve around 58* and it was impacting his daily life. It was especially difficult for him to sit in his carseat. Unfortunately because Braeden has a severe congenital heart defect that was not completely repaired at the time we were not able to do anything about the curve. Bracing and casting would restrict his chest too much and potentially affect his heart. He couldn’t have surgery because it was too risky. Luckily he wasn’t growing much as a result of his heart condition so his curve wasn’t progressing. When he was almost 4 he had his final heart repair and shortly after when he had recovered his growth took off, resulting in his curve progressing. He started wearing a brace 23 hours a day but his curve progressed to 63*. It was decided that halo traction would be the best option for him. In May 2018, when Braeden was 4.5 he was put in halo traction. He tolerated it extremely well and they were able to add more weight on then they typically do. He was in traction for 7 weeks before having MAGEC rods put in. The back surgery was very hard on his little body and his heart almost stopped. Because of an amazing anaesthesiologist and PCICU doctor knowing how to handle his heart condition so well, he was stabilized and spent one night in PCICU. A week and a half after surgery he was discharged and has been having his rods lengthened every 3 months. His back still has some curvature but externally it looks very straight and he is so much more comfortable.

Shared with permission from Cassandra and Braeden. Thanks so much for sharing your story with us! We are so glad that the surgery has helped so much!

Are you interested in sharing your story and having it published on the website?  Send us an email at scoliosis.alberta@gmail.com

Our Purpose.
Our Vision.
Our Values.